Paulie, Pauline & Me: How I Found Yin and It Found Me

A photograph featured on Paulie Zink’s website shows him in a full forward fold, his shoulders, neck and head between his knees, his arms wrapped around his calves and his hands placed casually behind his head. He peers up and back at what appears to be a small herd of cows in the near distance. Yes, cows. Paulie is a flexible man, and one who apparently does not take himself too seriously, in spite his being a master of several forms of kung fu and the man responsible for the popularization of Yin Yoga in the West. 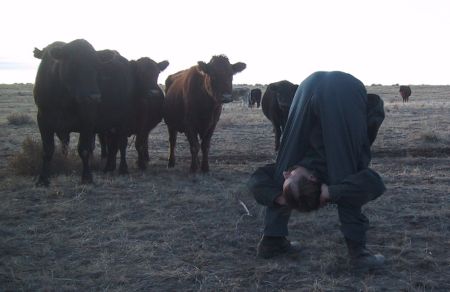 His method, which he refers to as ‘Taoist Yoga,’ consists of holding postures for long durations with conscious relaxation of large muscular and subtle structures in the body. He developed this practice while studying with his martial arts master, whose strict training regime lasted for six to seven hours a day over nearly eight years.

In other words, Paulie was hurting.

The long holding of stretching postures, known to ballet dancers and professional gymnasts for decades, combined here with controlled relaxation, visualization and subtle body techniques, gave Paulie a dual benefit: as it eased the soreness and inflammation of his over-trained muscles, it also increased his flexibility and functional mobility. His martial arts practice improved.

After becoming a kung fu champion many times over, he decided to retire from competition and teach his method at his home in California. Two of his most ardent students, Paul Grilley and Sarah Powers, who both came to him with backgrounds in Ashtanga vinyasa yoga, have further developed his method, bringing it fully into a yoga context while also toning down some of the more esoteric aspects of Paulie’s style. It is interesting that, though they each now have their own interpretations of his teachings, both these students came to Paulie because they too were hurting, sore from the strongly ‘yang’ aspects of their vinyasa practice. When they followed the ‘Taoist’ approach Paulie taught, however, their pain was alleviated. Seen from within this initial context of self-diagnosis and self-treatment,

Yin yoga appears in its true form: an art of self-care.

I encountered Yin Yoga for the first time here in Stuttgart when Anne, one of our regular students at the time, offered to give us a class. She had recently returned from a Yin workshop led by Sarah Powers, the teacher with whom Oz, Marieke and, very recently, Ana have since studied. During that first practice session, I was overwhelmed by a familiar feeling, one that I hadn’t felt for years and that I had last experienced in a very different context: on a massage table. As I followed Anne through the postures that day at the studio in Stuttgart, I remembered my earliest becoming aware of an ‘energetic practice,’ a practice I knew as Shiatsu.

I was a big baby. My mother is very petite. Shortly after my birth, she began attending Zen Shiatsu sessions with a woman who, I have since learned in my research into the origins of a Yin Yoga-style practice in the Shiatsu tradition, was one of the most respected and forward-thinking practitioners of this Japanese method. Her name was Pauline. 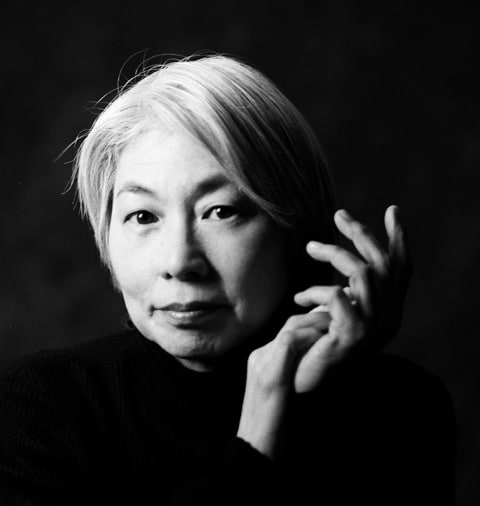 By the time I was old enough to keep quiet when I should, my mother began bringing me to these sessions, where I was allowed to sit immediately outside the sliding panel door of the massage room. I could hear, very faintly, the sounds of the massage treatment, no speaking, sounds that were of a tenor so low and thrumming as to be inseparable from the space, or from my own stillness and presence in it.

Years later, while at home from university, I attended two sessions with Pauline. She had recently finished a book/DVD project that covered aspects of her own developments in the field of Zen shiatsu energy work, which, as a practice and as a profession, is about as esoteric as it sounds. As with Paulie’s Taoist Yoga, the school of Shiatsu Pauline belonged to is strongly influenced by traditional Chinese medicine (TCM), which understands the human body as consisting of energetic lines running along and across its structures, the meridians. 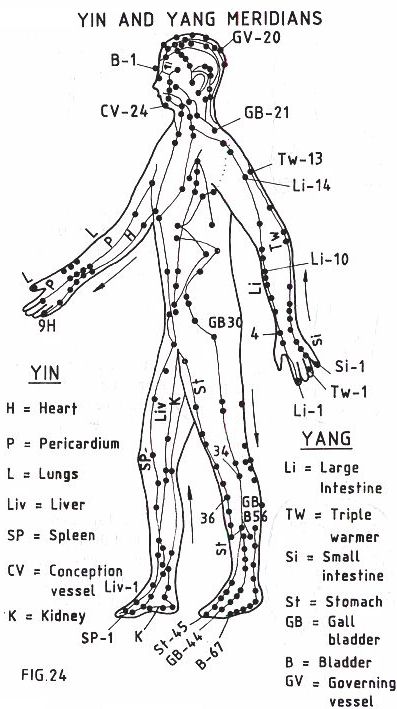 These are associated with various organs, which are in turn associated with specific elements, body parts, times of day, animals. All of these entities are more or less ‘yin’ or ‘yang.’ It is an essentially alchemical system, seeing inter-relationships everywhere. Even as I’ve learned all these concepts and terms, however, those two massage treatments remain mysterious to me.

It was as though they consisted of a different fabric from that of normal reality, a finer weave.

My sessions with Pauline both lasted one hour. Her bearing before and after these sessions was reserved, a bit formal, very quiet, but also attentive, already searching and seeing. Both my sessions began with the feet, and it felt like a bright searchlight being shone through my insides. The contact of her hands was strangely double: the touch sensation of it was light, but there was an inner movement that was very strong, piercingly so. The sensations I felt were precisely on the border between two layers of perception, that of the gross body, the skin, the muscle, and of the subtle body, that which we feel to be real but have no material proof of. It was similar to an aesthetic experience, like looking at a work of art that we find, for some unutterable reason, deeply moving or overwhelmingly real.

In Japan, there are two stories of how the practice of slow, long-hold postures done in sequence that we know now as Yin Yoga came about. One concerns a business man, Wataru Nagai, who, after being felled by a paralyzing stroke, was able to walk again after diligently practicing four simple postures several times a day for many months. A life-long devout Buddhist, Nagai is said to have been inspired in his selection of these postures by the simple act of bowing. His sequence, which he called Makka-ho [‘looking straight ahead’], consisted of, to use their Sanskrit names, Baddha Konasana, Paschimottanasana, Upaviṣṭa Koṇāsana, and Supta Virasana. It was developed as a means of making one’s posture like that of a ‘healthy child,’ but also so that one could continue indefinitely to make the ritual, sacred movements of bowing to one’s deity. 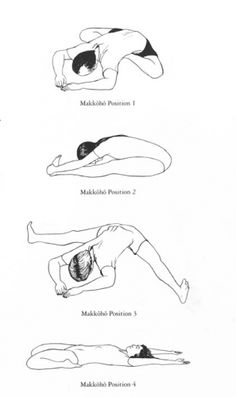 The other origin of a practice of slow, passive postures is found in the sequence developed by Shizuto Masunaga, commonly accepted as the man who popularized Zen Shiatsu as the healing art now known throughout the world. His sequence of ‘meridian exercises,’ which he too sometimes referred to as Makka-ho, contains the four postures from the earlier sequence but add two more and, more importantly, takes as its grounding principle the meridian system described by traditional Chinese medicine. Masunaga intended his exercises to be performed in a certain sequence, with each of the six postures clearing or energizing a specific pair of meridians in the body.

He saw these exercises as a supplement to Shiatsu treatment, a kind of self-Shiatsu,

and as a way for students of his massage method to develop their awareness of the energy channels in the body. He added to the four postures outlined above a standing forward fold and a seated forward bend with the arms crossed in front of the heart. The sequence of postures was intended to be repeated, with the practitioner taking note of which individual exercises were more challenging or, conversely, pleasant for them. Such discrepancies, he suggested, revealed blockages in or the healthy functioning of the meridian systems. His system did not take as its goal the development of flexibility but, instead, the diagnosis and treatment of the meridians. This was subtle body work, following from the knowledge developed over thousands of years in TCM. 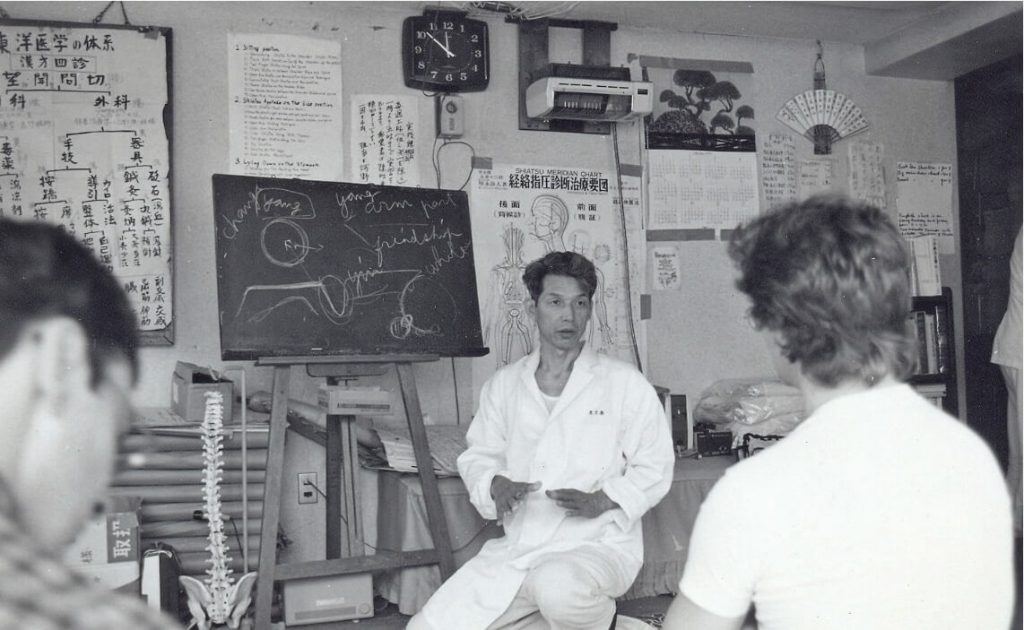 Pauline studied with Masunaga and became one of the most important teachers of his massage method. Sitting outside the massage room, enveloped in the deep stillness of that space, I seemed to sense that what was going on just behind the thin, sliding partition was something quite unlike the everyday activities I knew.

It was clear to me that there was very little ‘happening’ in there, in the profane, normal sense of the word.

And yet, as I could see when my mother would finally emerge and as I would, years later, feel for myself after a session, something had most definitely ‘happened,’ inside, at an almost indescribably subtle level. I think often of these sessions between my mother and Pauline, more often in fact than of my own sessions with her, as though the slight distance of observation I had as a small child, intellectually unaware and unbiased in regard to the connotations of ‘energy work’ or ‘Eastern medicine,’ allowed me to more fully comprehend the depth and power of that practice. 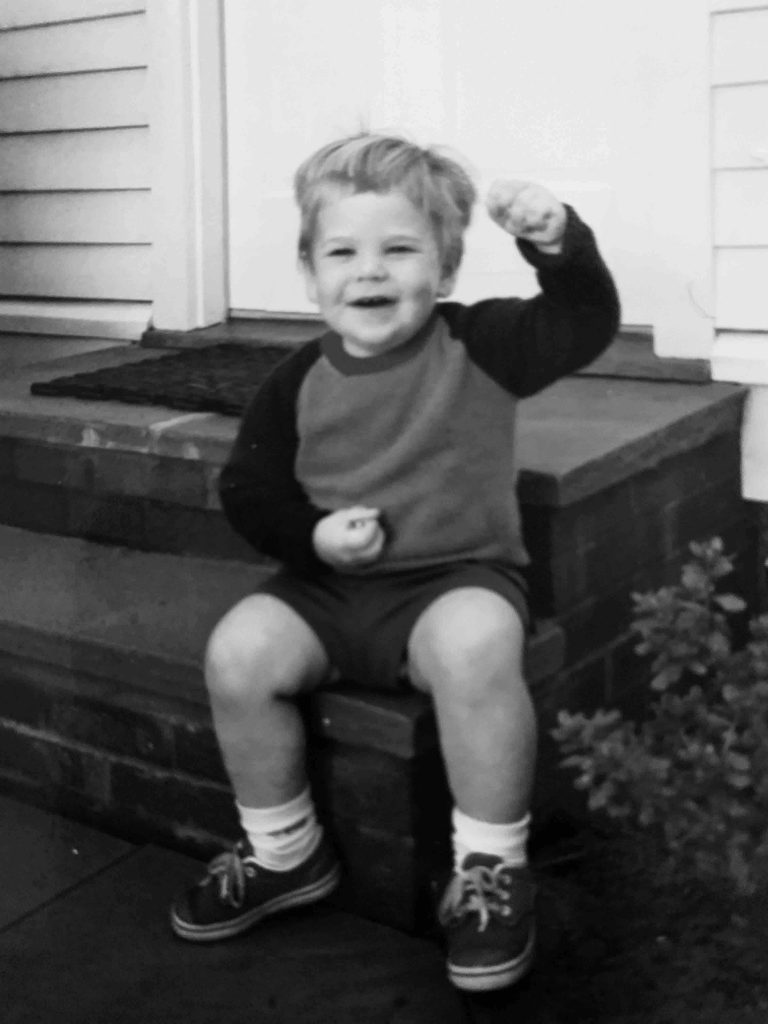 Now that I have the good fortune of being able to teach people Yin yoga, my goal is to bring that mood, that energy, of a deep, vibrating stillness to the practice. Though my knowledge of the meridian system is rudimentary at best, I do feel that I have a clear understanding of the space, the subtle environment in which work upon that system is most effective. Little did my mother know, that by bringing me to these sessions, allowing me to be present for the exchanges that took place between Pauline and her, was like showing me a world that I would forever be attempting to return to, to inhabit once more.

I see now that, through regular practice with a quiet, listening attitude, that world is available whenever and wherever one may seek it. 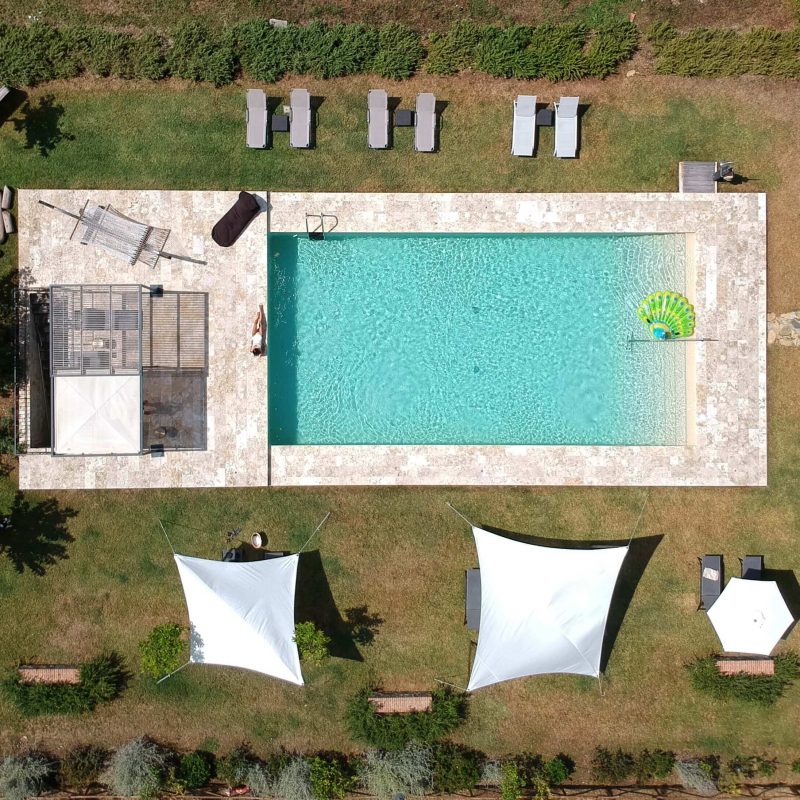