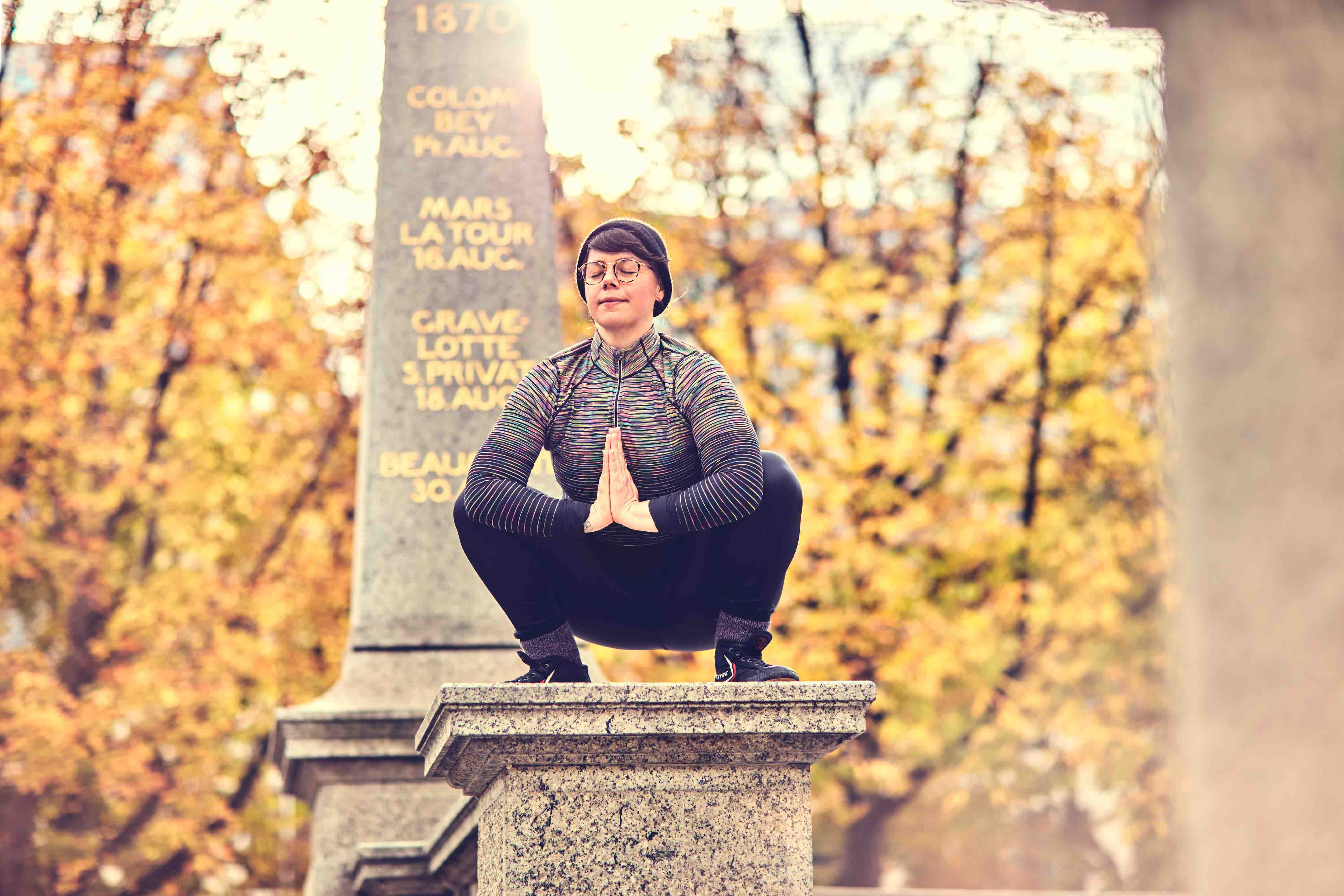 How mixing it up helped me find my inner balance

I began practicing vinyasa when I was 19 in 2001, to try something new. At the time I was working out at a gym, and it wasn’t giving me the results I wanted. I wanted more than just the physical. So I began practicing vinyasa and tried so hard to keep up with everyone else in the class I ended up injuring myself, because I thought I had to be and look a certain way to make it in the yoga class. After some more injuries occurred, it led me to stop practicing. I kept going to the gym as that’s all I had, until after a few months I began to practice Bikram: it was challenging, exciting, and oh so hot. I loved it!

After about 10 years of practicing Bikram I was dying to try vinyasa again, this time with good teachers, teachers I could trust. At that point I was already a Bikram teacher with a solid and regular practice and I had gained enough experience in the yoga world to know what I needed and what I wanted.
I began to search for vinyasa teachers I felt I could safely practice with and that’s when I met Kelly Berry at Bikram Yoga Petworth. She was my first real vinyasa teacher, the one who helped me understand how to approach this practice. My first shot at vinyasa, at 19, was all about trying to fit in (I really thought vinyasa had look a certain way) but this time it was different. 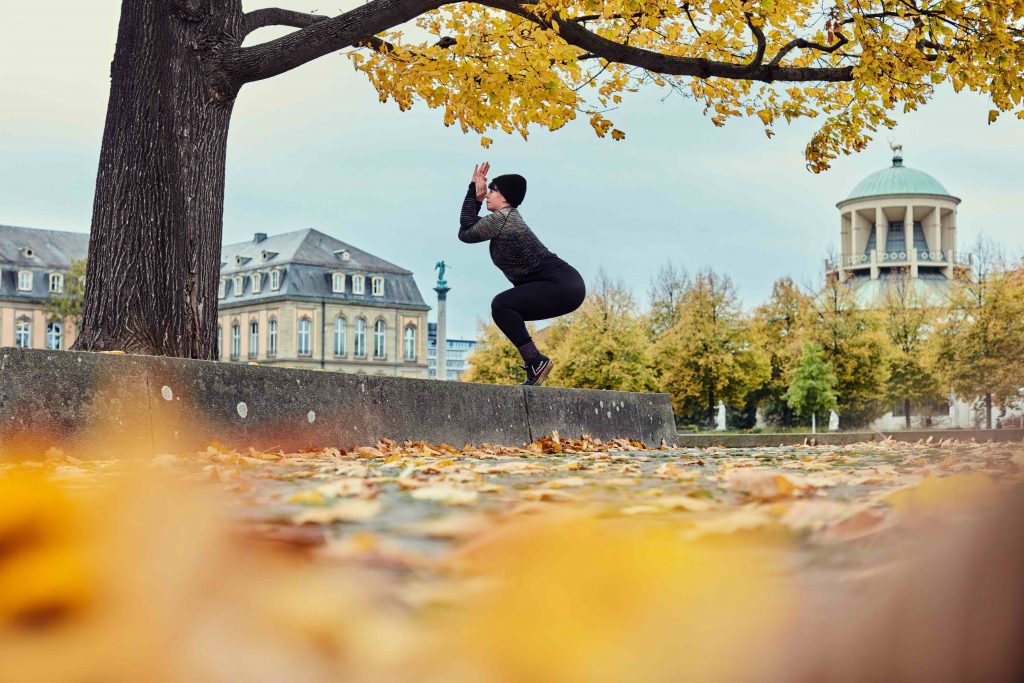 I realised that doing it the way according to how you’re built is the right way. I began to enjoy doing the down levels more than the up levels. It was also curing my back. It was making me stronger, that strength I was always looking for. I learned how to calm my heart rate down during strenuous activities, I learned how to set aside my expectations, I figured out my own way into the practice.

In 2016 I knew the time was ripe and I embarked on my first vinyasa Teacher Training, in Washington DC. I had done the proper research for a training in my city, looking for teachers I felt a connection with. Heather Anderson from Yoga District was the one I decided to go with and I’m so happy I made that decision. Having her lead us through the training was special to me, she helped me so much and made me feel safe getting back into vinyasa again. Joining that teacher training was the best decision I made: I was stronger, mentally and physically, and I was ready to take a deep dive into learning something new I would be happy and confident to pass on to my students. 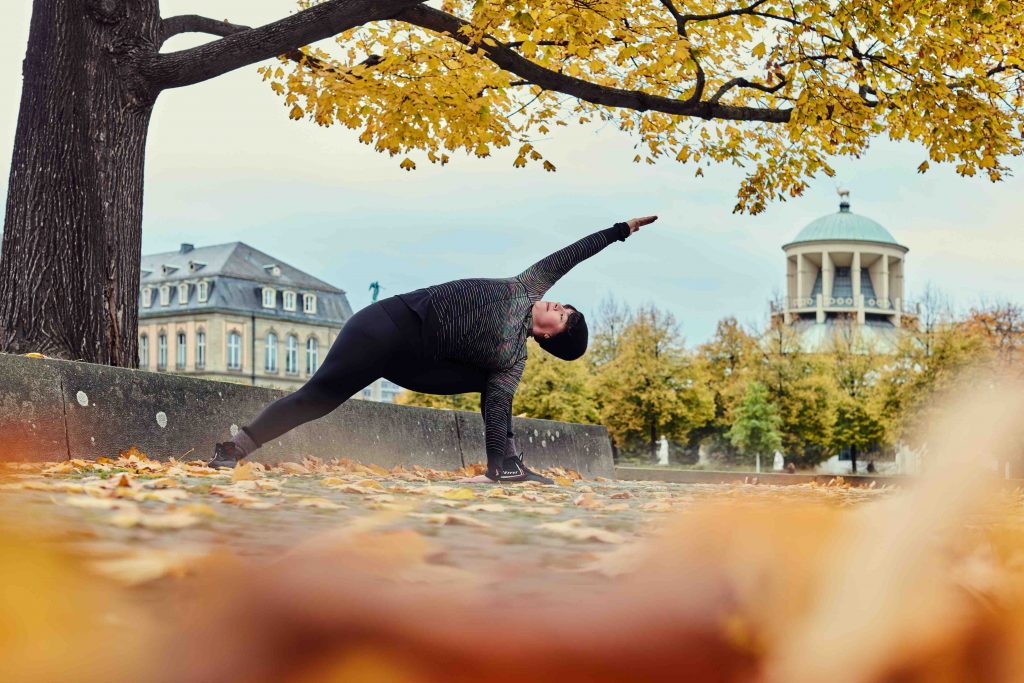 The 2016 training got me hooked with vinyasa, I wanted more, but I was only looking for teachers I knew were creating a safe space for a strong practice. I connected with lots of teachers until Benjamin Sears and Tatiana De Pillo came to Stuttgart. I felt I had found somebody I was willing to take my next step with and learn from. I especially felt a connection with Tatiana and in 2018 I decided to enroll in their Sacred Geometry Teacher Training. That changed my practice completely. With the guidance of Ben and Tatiana I began to listen differently: I learned how to listen to the teachers and to my body at the same time, understanding when and how to go for the up level or the down level of a posture, knowing that both versions are equally beneficial if practiced correctly. I focused on proper alignment for my body frame and breath work. I changed my eating habits, which affected my sleep. Once I focused on these things my practice changed and so did my life: I felt stronger, I’d wake sooner, eat better. Essentially all the things on my list I was marking off. 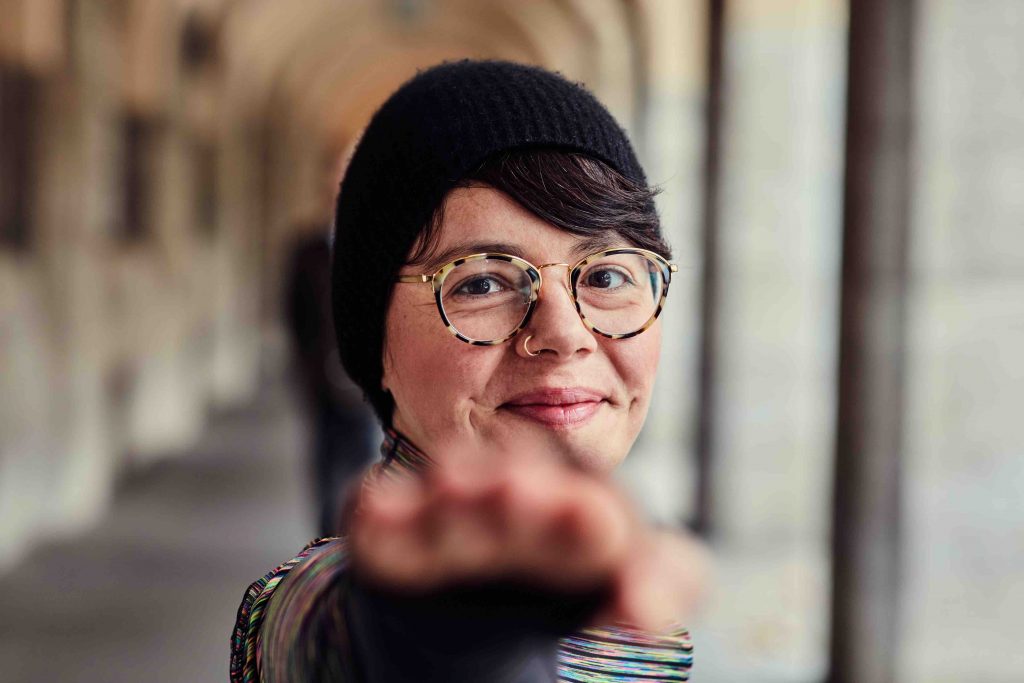 Vinyasa is also a style I love to teach because I feel I can always be spontaneous and allow students to play around a bit: yogi’s choice, which I love. As a teacher, I’m grateful for having the chance to watch my students flow with their breath and to give them an opportunity to dig deep, not just in the physical, but the mental aspect of their practice. You find something special there, something that stays with you at the end of class and allows you to continue working on yourself also off the mat.

So, if Bikram gave me patience, Vinyasa gave me strength. I had to be consistent though. My advice on this is: pick a style and go with it for at least a year. I had to be so patient! Vinyasa was a challenge from day one, and it still is. But every time I know I’m practicing it, I look forward to the moment I’ll get on my mat.

Join Isabelle & Kat on November 30th for the vinyasa workshop “Saluting the Sun: learning the principles of vinyasa flow”. 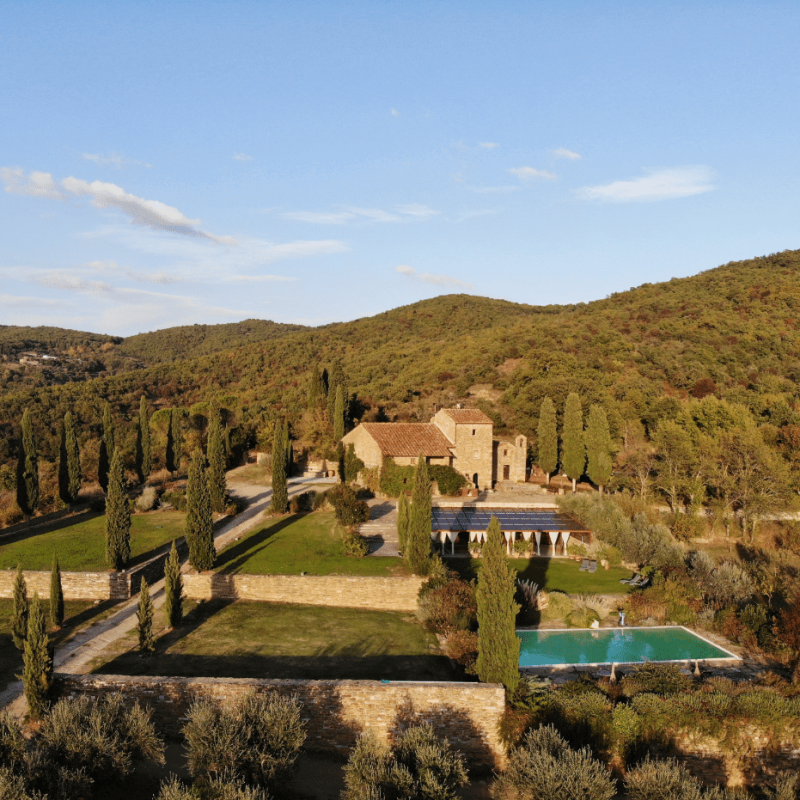 Full bloom yoga retreat in tuscany.
come with us!

Immerse yourself in unspoiled nature and in your asana and meditation practice!
Early Bird 10% OFF until December 31st!